Hop in! Robo transports autonomously in Kupariteollisuuspuisto in Pori

Robo, manufactured by the English company Aurrigo, is an autonomous vehicle that has been transporting visitors of Aurubis Finland Oy in Kupariteollisuuspuisto in Pori since the beginning of July. Robotics students from RoboAI have been responsible for the vehicle´s safety specifications, commissioning and practical operation.

Robo was taken into customer use in August. – The best thing about this project has been to learn what it takes to prepare the different stages of the project as well as how to implement them technically. Surveying the routes was also new, interesting and educational, Robotics Academy student Juha Aalto tells us. Aalto is responsible for the operation, remote use and monitoring of Robo. Next to him Technical Director Mikko Hurskainen from Roboride Oy.

– Robo functions as a safe escort for the visitors from the main building in the area to the desired location to meet the host. A similar concept does not exist anywhere else in the world yet, reveals Technical Director Mikko Hurskainen from Roboride Oy who are the developers of the service.

The movement of Robo in the factory area is based on a versatile use of sensor and GPS technology, machine vision and artificial intelligence. With sensors, the vehicle is able to define oncoming objects and make the necessary changes in speed and path, and to stop when necessary.  The movements of Robo are monitored at remote control room by infrastructure that contains tens of cameras and covers the whole  area. Safety has been paid special attention to because there are trucks, forklifts and trains operating in the area. Determining the route of the vehicle and safety and risk identifications were conducted in cooperation with VTT Technical Research Centre of Finland, since they have experience in high-level security projects and autonomous driving.

A familiar sight at airports and golf courses

Various autonomous vehicles are already being used around the world to meet different needs. The case Kupariteollisuuspuisto in Pori is the first totally autonomous transport service where visitors are being transported autonomously in a factory area that covers more than 100 hectares. 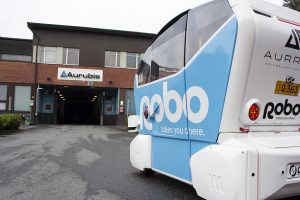 last mile environment without a safety driver, Hurskainen tells us.

The additional benefit gained by the autonomous vehicle compared to a traditional vehicle is clear: an electrically operated vehicle reduces air pollution and due to its autonomy, it is foreseeable, measurable and always available.

Robotics Academy students at the core of the project 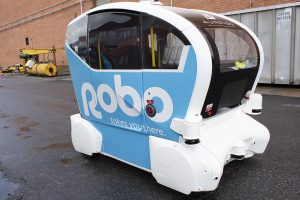 – Robotics Academy students have played an important role in the project. They did a lot of safety work at the initial stage surveying the routes and they were also involved in the commissioning when the vehicle arrived at the area. During the summer and autumn the students were responsible for the daily operating of Robo. We will also utilize the knowhow they gained at our next target in Beijing where commissioning will take place at a hotel resort area. The cooperation has run really smoothly and hopefully the same concept will be used in other targets as well, Hurskainen sums up.

– Cooperation with SAMK and Robotics Academy has been extremely important to us, without the cooperation it would have been very difficult for us to start a project here, reminds Timo Korhonen, the Development Director of Roboride Oy.

Roboride Oy functions as an operator in Kupariteollisuuspuisto, i.e. they buy the autonomous vehicle and deliver it to the customer as a service, they configure the routes and vehicles to operate in their own surroundings as well as take responsibility for operation. Roboride Oy is a start-up company established in 2017 with headquarters in Tampere, Finland. Roboride operates autonomous vehicles, and they have developed their Robo transport service already for some years. Currently, there are commercial trials being launched in Finland, India and China.

We Research: What does our brain tell us? 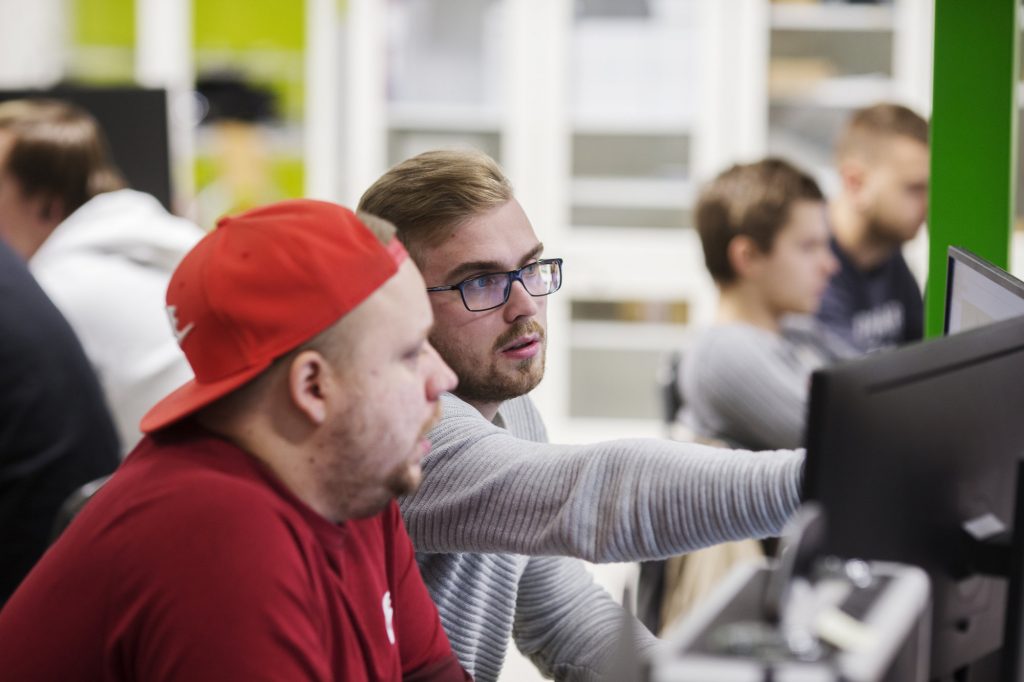 Robotics Academy is a pragmatic way to study engineering.

Read more about the Academy.

Get the latest news and updates directly to your inbox.