Code, sweat and tears – AUV in the making

A unique project is underway in RoboAI laboratory. An Autonomous Underwater Vehicle, i.e. AUV is being built on a tight budget with Automation Engineering student Toni Aaltonen as a project researcher and project manager. The project has been implemented by a grant given by Ulla Tuominen Foundation and High Technology Foundation of Satakunta. 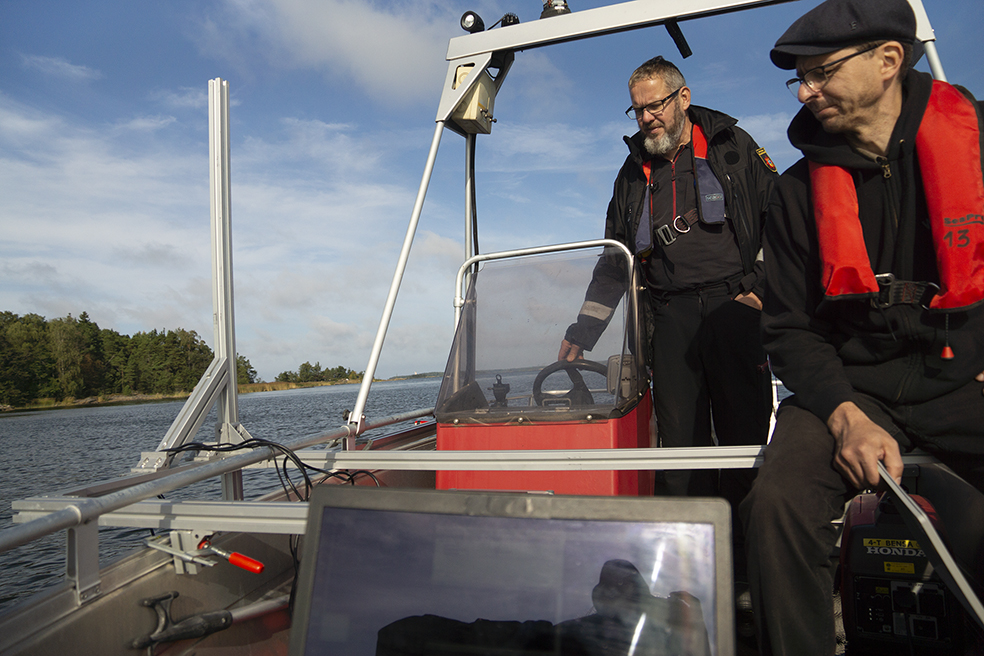 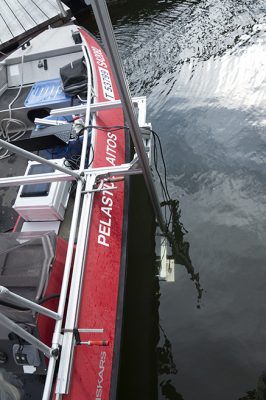 The robot´s instrumentation has been tested in cooperation with Satakunta Fire and Rescue Department Rauma Unit and their rescue divers. In the picture Jyri Salonen and Marko Taskinen.

– The topic sort of dropped into my lap. I had an interest in underwater vehicles and I had been studying them by myself. There was some discussion going on that building an AUV with limited resources would be impossible and I wanted to prove that wrong, Aaltonen opens up.

Water is an extremely challenging element for robot technology and that is precisely what makes it especially interesting for Aaltonen.

– Operating on planet Mars is in many ways easier than operating underwater. The basics stay the same whether the robot is operating on the ground, on the seabed or in space: we are using almost similar methods of machine learning, ROS operating system as a basis for everything and the same type of sensors. Water brings along additional challenges, e.g. hydrostatic pressure, poor observation and difficulties in navigation, Aaltonen reminds us.

According to Aaltonen it is partly due to the challenging element that the field of underwater vehicles is still in its infancy.

– At the moment I´m driven by doing academic research connected to the topic and developing myself, but I see future potential for business activities in the field. I have always been fascinated by the idea that is there a limit to how much work machines can be made to execute, so that we humans don´t need to, Aaltonen tells us.

– My enthusiasm in coding started when I first came into contact with Arduino and through hardware I got the hang of programming. This is the first time that I´ve had a chance to really program during the studies, earlier I´ve just been learning by myself.

AUV is the result of extensive cooperation

Student Marko Taskinen from SAMK has designed the mechanics of Aaltonen´s underwater robot and student Antti Virtanen the motor-driven mechanism. Antti Halla´s contribution was programming competence. The parts of the frame of the robot were made by plasma cutting in the Mechanical Engineering laboratory of SAMK. The parts were welded and finished in Winnova Pori Vocational Institute in the units of Welding and Surface Treatment.  Tuomas Kyyhkynen has been responsible for the manufacturing of machined parts, Antti Salminen for aluminium welding and Isto Jokinen for surface treatment. Toni Aaltonen has been in charge of project management, design and programming.

The robot has a traditional structure and in appearance it resembles a ROV (Remote Operated Vehicle), which usually functions as a remotely-controlled work robot and tied up to a ship by cable. With autonomous algorithms it can be driven underwater independently, without a cable. The device has eight thrusters inside a roll cage, thus enabling it to move in all directions. The various sensors of the robot give versatile data when diving.

The robot scans the seabed by four underwater depth sounders, producing e.g. sliced side scan image to be analyzed. The usage depth of the robot is evaluated to be approx. 50 metres, and the pressure would then be 5–6 bars.

– The starting point for the design of the robot was good controllability. The shape is tried-and- tested and traditional. The robot is not streamlined because the aim is not to use it at high speeds. We wanted the robot to be as versatile as possible so that all kinds of tools and instruments can be attached to it, Aaltonen tells us. He has used plenty of time for designing the underwater depth sounder image-based definition of location and speed. This is of vital importance when considering the functions of the robot – there are no map layouts available on the sea and lake bottoms.

Open data to practical use

– Rescue tasks are the primary use of this AUV. The visibility in Finnish waters is so poor that using a robot that gives side scan image alongside rescue divers might speed up finding the victim, Aaltonen hopes.

Research needs and controversial fields, e.g. analyzing oil drilling areas and finding metallic objects in seabed, i.e. mine detection, could also be possible with the robot in future.

The design did not need to start from a scratch: the work done for decades by the University of Florida on the AUV field could be utilized because the scientific research data has been openly published on the university´s websites.

– No solution has been borrowed directly, one reason being the budgetary differences. However, we used information from Florida in e.g. the placement of the thrusters, Aaltonen reveals.

AUV is in the test stage at the moment and Aaltonen hopes that the prototype of the robot will be completed by the end of the year.

Arduino=Arduino is an open-source electronics platform and programming environment. The equipment is based on 8-bit Atmel AVR microcontroller, and motors, sensors, LED lights and other components can be attached to its pins. Programming is done by Arduino programming language that is based on C and C++.