A three-year-project, financed by Erasmus+ program, will end in August. During this project SAMK has created educational and training materials for SAMK students and grades from 5 to 9 in schools in Satakunta. 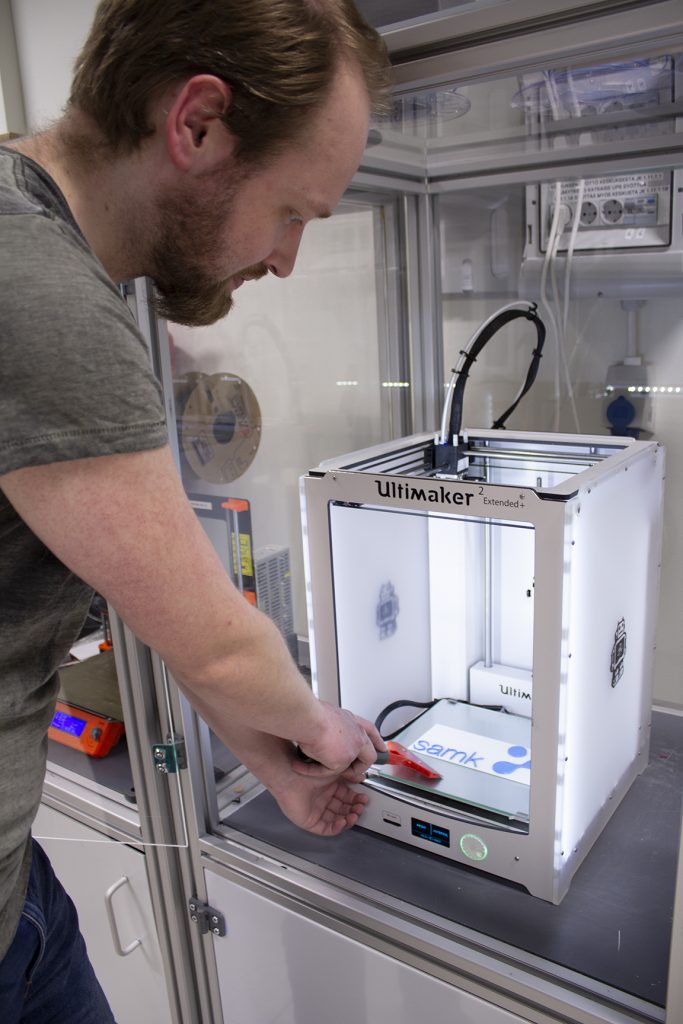 The aim of this 3DPRINT-DnB project was to create and publish new teaching materials concerning 3D printing and 3D printer assembling for basic education and for higher educational institutions. We also wanted to organize a 3D printing competition for primary school students. The competition was held last year in the autumn and the results were published during the RoboAI week. (in Finnish)

Senior lecturer Mirka Leino and her team prepared a good amount of new teaching material for 3D printing. Materials in English are available on the e-learning platform of the project. Video lectures for printing competition were modified and published. They could be used in comprehensive schools. Read more about teaching 3D modelling and printing. (In Finnish)

SAMK Robotics Academy participated in producing the materials. The Academy filmed and edited three series of videos about how to assembly a Prusa 3D printer. Watch the videos in English on Youtube on the learning platform 3DPRINT DnB Prusa Assembly - YouTube.

Based on the project results we also planned and implemented a new course called 3D printing from theory to practice (3 ECTS) for SAMK students (in Finnish).

Are you interested in the final event of this project?

The 3DPRINT-DnB project coordinator was the University of Wolverhampton from UK. Other partners were the universities of Karabuk and Gaz from Turkey and 3D companies Bellyfeel Media Limited from UK and Us Mekatronik from Turkey.