The European Commission has selected the Robocoast EDIH consortium as one of Finland's EDIH European Digital Innovation Hubs, of which there will be four in Finland. In total, 136 EDIH organisations were selected in Europe. 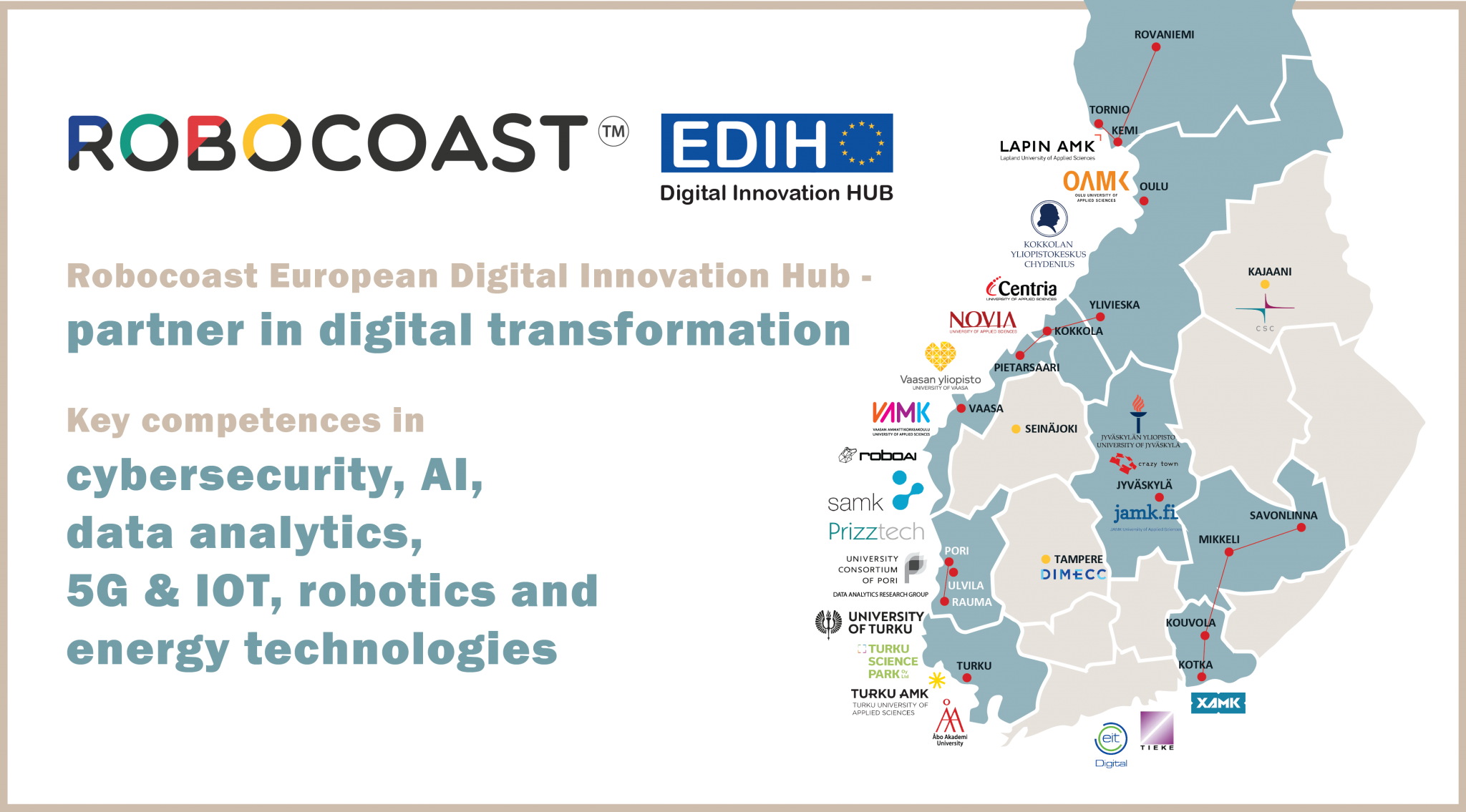 During autumn 2022, the Robocoast EDIH consortium will organise kick-off events in several locations to inform companies about EDIH services, the expertise of the consortium's universities and the opportunities offered by the development environments.

Get the latest news and updates directly to your inbox.